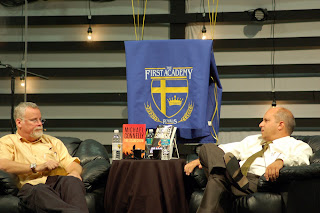 In Part Three of my series of interviews with Michael Connelly we focus on ECHO PARK. (Kindle Edition) After writing THE LINCOLN LAWYER (Kindle Edition), Mr. Connelly returned to Harry Bosch in ECHO PARK. The story is about the disappearance of a young woman, Marie Gesto. Her case was never solved and her file ended up in the "open-unsolved' division of the LAPD, where Harry Bosch takes it on, revisiting the crime scene with the advantage of new technology that had been developed since 1993, the year Marie disappeared.

The case also gets under the skin of Jerry Edgar, Bosch's partner. Together they re-interview the suspects and the families and work hard at solving the case.

I hope you enjoy the interview!

LISTEN TO THE INTERVIEW